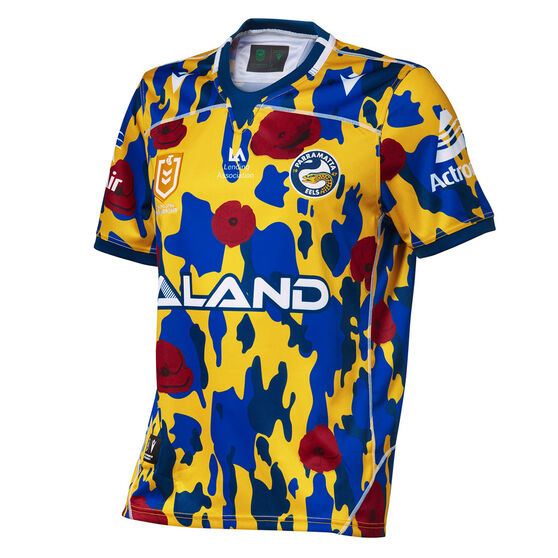 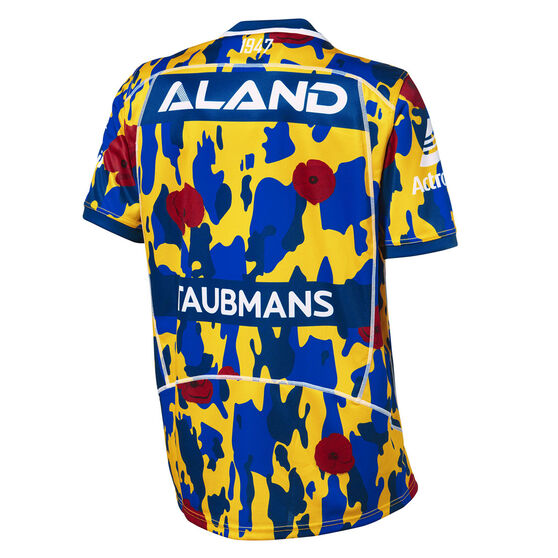 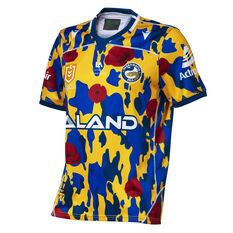 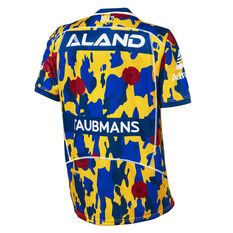 The Parramatta Eels wear the Red Poppy on the Parramatta Eels 2022 Mens ANZAC Jersey as a show of respect to the service men and women who have lost their lives in service of the nation. The jersey is a small way for the club to celebrate the contributions of Australia's armed forces. The 2022 design draws inspiration from the Spotted Gums that line the Parramatta River that runs alongside CommBank Stadium. The camo design recreating their distinctive shapes.