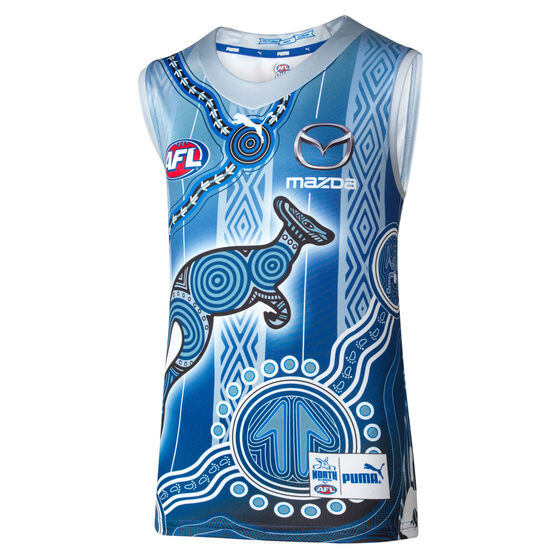 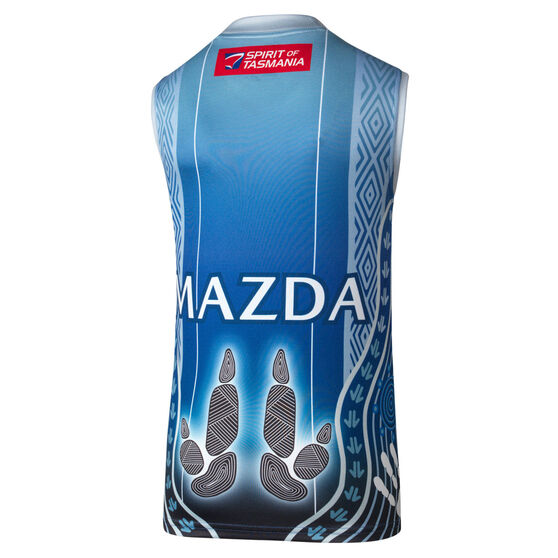 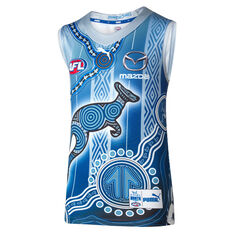 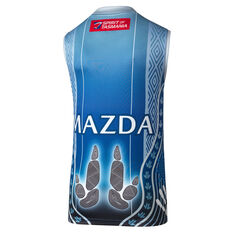 The Kangaroo is the centrepiece of this years North Melbourne Kangaroos 2022 Mens Indigenous Guernsey. The artwork titled (Marram) Kangaroo celebrates the native animal and it's ability to only move forwards, never backwards to a brighter future. The design will be worn with pride by the side across the Sir Doug Nicholls round.

Kangaroo footprints represent the journeys of players coming from different locations and backgrounds to come together at the club. Diamonds in the background are a symbol of strength and power. Male and female figure represent the AFL and AFLW teams uniting as one while hands on the back represents the Wurundjeri ancestors.