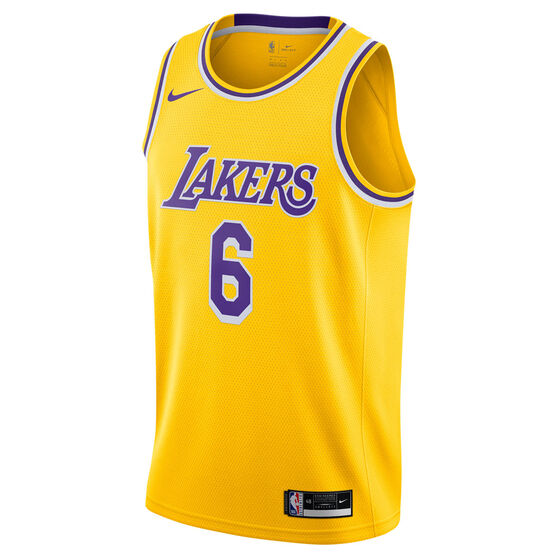 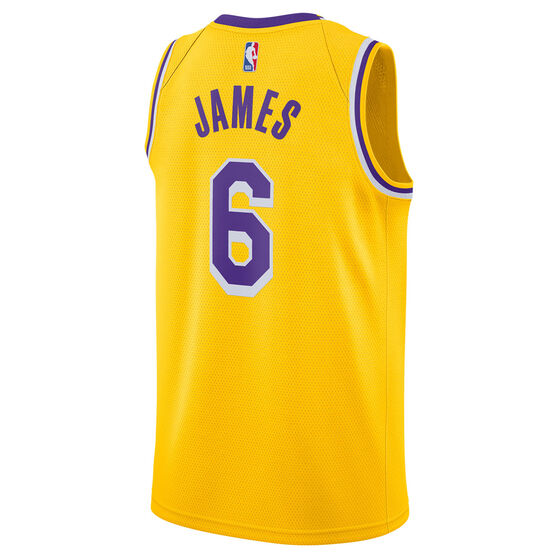 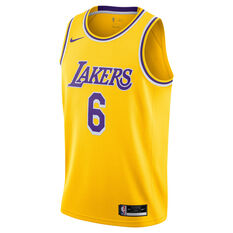 Represent the King on his quest for a 5th ring with the Nike Los Angeles Lakers LeBron James 2021/22 Mens Icon Jersey. The Icon Edition jersey represents the Lakers rich heritage, worldwide identity, and the purple and gold colourways that the Lakers are known for. This is inspired by what King James takes to the court, and features everything you know and love with modern NBA jerseys. LeBron is now in his 4th year at the Lakers, and he has chosen to go back to representing No. 6, a number he wore during his time with the Miami Heat. With the Lakers squad looking to dominate during the 75th NBA season, there isn't a better time to represent 'Bron where we are likely to see some iconic blocks, alley-oop dunks, great assists and everything the King is known for.