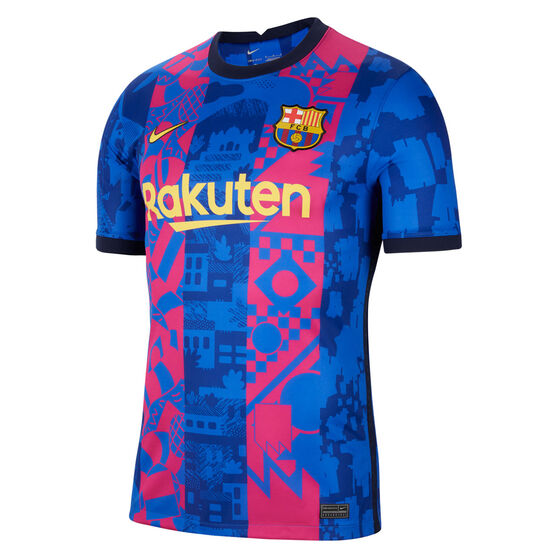 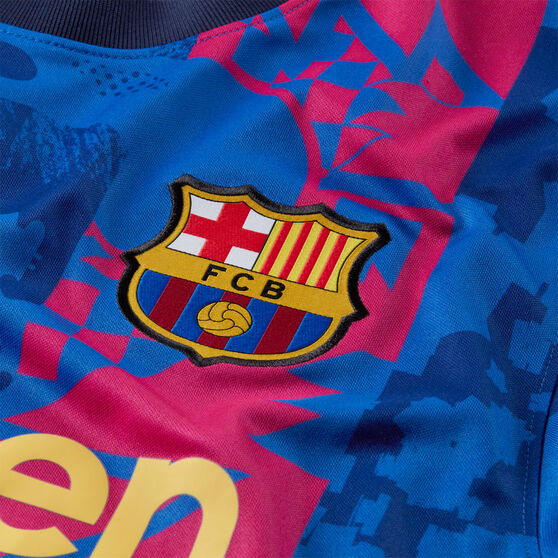 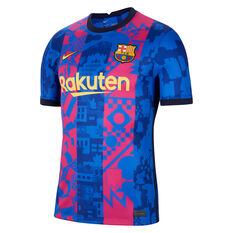 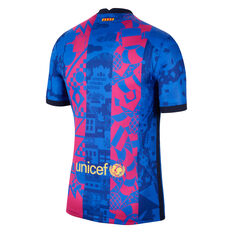 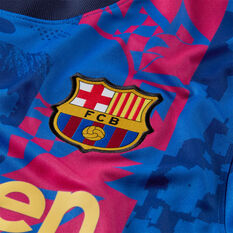 Worn by the players exclusively in home matches throughout the UEFA Champions League, the FC Barcelona 2021/22 Mens Replica 3rd Jersey draws on its home city for inspiration. The classic Blaugrana design serves as a base for artists to represent four distinctly different districts of the city. Les Corts, Sant Antoni, Sants, El Raval, Poble Sec and Gràcia are all represented alongside their landmark architecture for a design that celebrates the city and people that keep the football club alive and thriving.