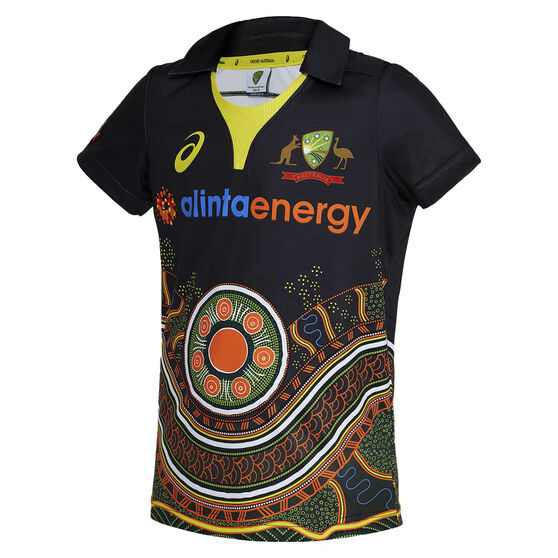 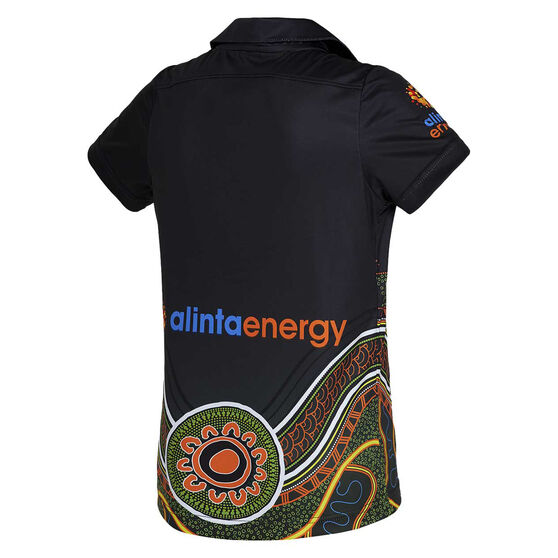 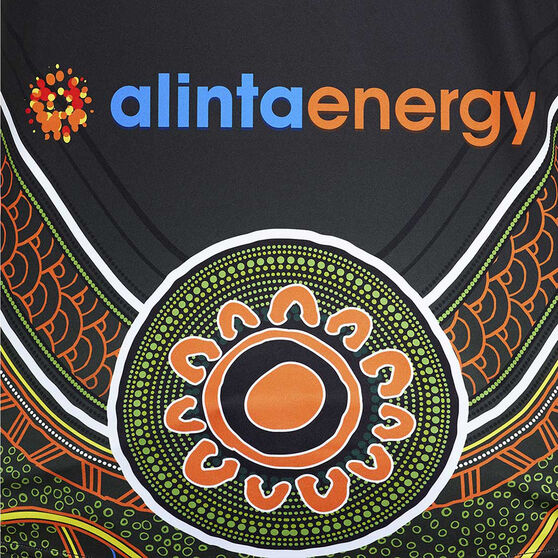 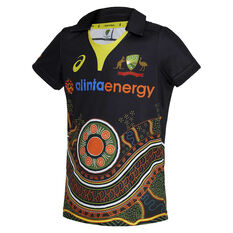 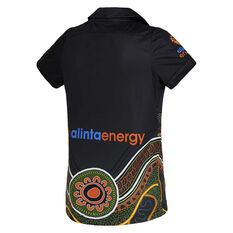 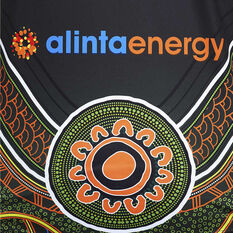 Centring on Aunty Fiona Clarke's artwork Walkabout Wickets, which has perviously sat on the collars of the Australian Test Shirt, the Cricket Australia 2020/21 Kids Indigenous Jersey celebrates Indigenous cricketers, past present and future. The art of Aunty Fiona Clarke and Courtney Hagen celebrates Australia's first international team, the 1868 National Team which was made up of First Nations players. Wearing the jersey is part of a step made by the players and Cricket Australia to celebrate Indigenous Australian culture, which has seen the team making a barefoot circle before play. The beautiful jersey design is one to be celebrated while worn and shows off young fans passion for their national team while they compete.